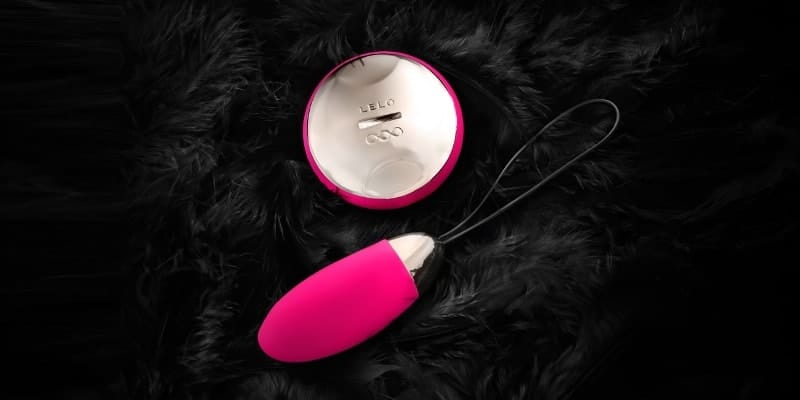 Bullet vibrators are an incredible way to add sexy fun into your bedroom. You can also take them out of the bedroom. It adds a sense of naughtiness to time with your lover. Bullets can be an added dimension to solo play time, too. The best bullet vibrators have the specific stimulation you need. It could be clitoral or vaginal vibrations that really amp up your arousal.

I’ve chosen the 10 best bullet vibrators for review and will give my impressions. It’ll be based on the best features for each. You should keep your own needs in mind as you read each one. 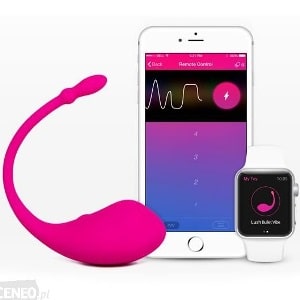 With an app and some distance, you can also feel close to your lover while he talks dirty to you on the phone. It’s a fantastic option for those who like to play when they’re not together. It can make separation and staying connected emotionally much easier. Playtime can bring couples closer together.

If distance is a problem for couples, this is the perfect bullet and remote. The person with the remote can work some magic when they’re not even in the same building.

It’s important to always use a condom over the bullet for easy cleaning. This bullet is slim and long enough to be used internally if someone is holding the end of it. When angled and pressed into certain spots, her g-spot can be stimulated. It might be a new sensation that she’ll absolutely love.

I recommend this bullet for solo play as well as couples play. It’s slim, lightweight and miniature compared to other vibrators. If you decide to use this while you’re solo, you could be setting yourself on the road to orgasm.

The bullet vibe has two hours of continuous play in one charge. It uses a USB charging cord. The cord is included. There’s one button on this vibe, so you can place it inside you and push the button for pleasure. It’s 100% waterproof, but I recommend it be covered by a condom. It’s important to be careful when using this internally since it doesn’t have a cord. It’s features are more in line with a

I recommend this bullet for anyone who wants internal stimulation. It’s perfect for that type of play. The remote has a light bar indicator on it. It’s easy for your partner to see exactly what’s happening to the bullet deep inside you.

Get Odeco Bullet Egg at Amazon

It’s powerful with 7 modes of vibration, but quiet enough to be discreet out in public. Insertion is comfortable because of the soft material used. There’s a strong pull cord attached as part of the bullet. If you have a problem having an orgasm, this bullet should help you overcome that problem.

The cord must be pulled smoothly, or it can break. 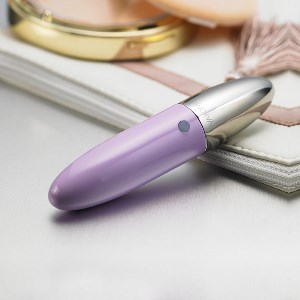 Get SVAKOM Rebecca at Amazon

The vibrations are strong and steady without being too loud. There are 5 vibration modes and 5 speeds. It can be used by couples, but this bullet is for her to meet her needs without him. There’s no remote with this bullet.

Splashproof, but not waterproof. 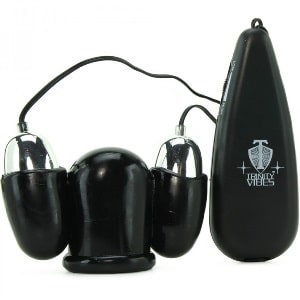 The material stretches as the penis hardens and grows. That snugness combined with the vibrations will make his toes curl. He can press himself against her clit, so they both experience the same vibrating pleasure.

There are many features and benefits to this teaser bullet vibe. It’s designed to fit most penis heads with its stretchy materials. The vibrations are powerful enough that it provides hands-free pleasure that will help him reach climax. It can be used as a teaser for couple’s play, too. 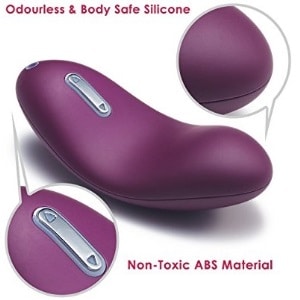 The size means that she can enjoy stimulation to her clit as well as the sensitive skin at the edge of her vaginal opening. The material can feel as soft as a tongue against her skin. The sensation of her lover using his tongue on her heightens her arousal during self pleasure or couples play.

I recommend this for women who want to experience solo play or in the bedroom with a partner. It doesn’t have a wireless remote. It can’t be used in public without flipping the button on first.

While it does have some limitations to public play, it’s a great vibe. There’s a USB charging port, which means you can even charge it from your phone. It’s splashproof and has a small light on the side of it. The texture is incredibly smooth. With a water-based lubricant, it will feel like a real tongue on your most sensitive areas.

The light is incredibly bright.

This remote control silicone bullet is a rechargeable toy. Some bullets are slim and long. This one is rounded and thicker than most. If this were inserted vaginally, it would easily stay inside while vibrating against her inner walls. When placed in the right spot, it’s perfect for g-spot stimulation.

The remote can be blocked by bodies in a crowded space. 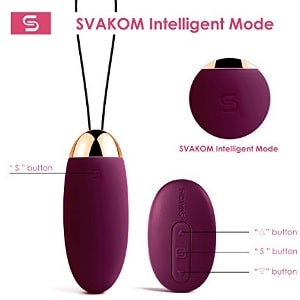 This bullet massager has a unique egg-like shape. It’s thicker and wider than most slim bullets. Makes it perfect for stimulating various parts of the body. Some bullet vibrators can be used on the nipples, clitoris, or other parts of the body. It can be angled for placement in many areas like the opening of the vagina, too.

It has a string for retrieval after it’s been inserted, too. This is a great size and shape for internal stimulation. He can control the remote, or she can use it on herself while she’s out in public. Anticipation is one of the biggest turn ons for most people. This will get her juices flowing long before sex.

The remote works at a distance of over 30 feet. He can be across the room controlling her pleasure at a distance. She might be in the middle of a conversation at a party when he turns up the volume. When they lock eyes across the room, it’ll increase the intimacy and arousal.

Wireless remote might be blocked in a crowded room. 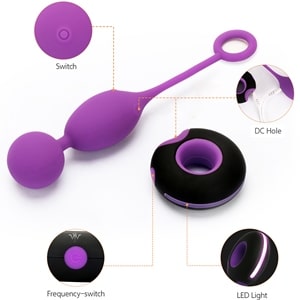 The dual motors on this vibrating bullet are truly incredible. This has an interesting addition of two eggs instead of one slim bullet. It can vibrate to a certain rhythm with varied frequencies based on her needs. The seamless silicone means it’s waterproof and easier to clean. There are two ways you can use this bullet. The rounder shape at the top can be placed against her clitoris. The second part will rest at her opening for external pleasure.

This bullet practically begs for insertion, though. The top egg and the slim bullet shape work together to give her incredible sensations. The pull cord is great for removal. It’s meant to be a simulation of Ben Wa balls that increase her vaginal muscles.

I recommend this bullet with egg for women who want to experience the powerful, internal vibrations it has to offer. It’ll allow them to also experience incredible sensations when the bullet pulsates. She might not care about her vaginal muscles over the incredible arousal this bullet causes.

The wireless remote works up to 30 feet away from the bullet itself. There are two intensities and 5 modes of pulsation available with this egg and bullet combo. The remote has a light indicator that shows what vibration is happening at the moment. This makes it easy to control her pleasure from another room. If the couple is into orgasm denial, this is a great tool for training. It can tease as well as torment depending on the needs of the couple. The bullet eggs are delivered in a beautiful gift box for presenting to that special someone.

The egg shape is quite big when you’re not used to the size. 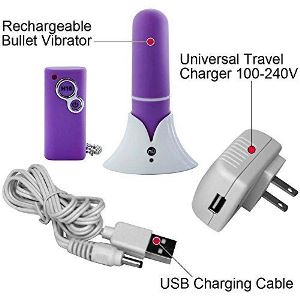 I recommend this bullet for women who want to hand over control to the person on the other end of the remote. It’s a great way to expand your experience when it comes to playing with your partner.

Play time is only 1 hour.

The fun part of your vibrating bullet is the vibrations. All those vibrations, speeds, and intensities means you’re able to play differently each time you use them. Your partner can surprise you with a soft tickle or ramp up the vibrations. The surprise is what makes them fun.

The bullet should be easy to use. Consider the options that make a bullet seem easy to you personally. You might need one that charges with a USB. Other people might want a bullet with batteries. They should all be safe to use, though. If used internally, it should have a string or cord.

The power of the vibrations is important. A low vibration will tease you. For finishing power, you’ll need higher, intense vibrations. The bullet should have everything you need in one.

A bullet can be used internally or externally. I recommend using a condom on any sex toy that will enter your body. A condom won’t protect the product completely. It should be waterproof or splashproof for easy cleaning.

Delivery shouldn’t announce to your entire neighborhood or the mailman that you’re getting a bullet. The packaging should be discreet. For gift giving, it should be beautiful, too.

It can be used as a clit stimulator in the panties in public. This naughty, little secret can really tease you as wonderful foreplay. It can also be used by hand for solo sessions. Its wonderful vibrations will feel amazing when placed against the nipples, around the opening to the vagina, or around the anus.

Vibrators can be used on men or women. Men love the feeling of the vibrations along their penis or near their anus. It could be held to create sensations all across the body as you massage your partner.

can push it in a little if it’s held firmly. It can feel incredible because of the tenderness of the skin there. 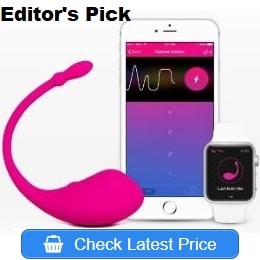 spiceuplab.com is a participant in the Amazon Services LLC Associates Program, an affiliate advertising program designed to provide a means for sites to earn advertising fees by advertising and linking to Amazon.com